15% off on selected whole grain products with the code VERIVAL15 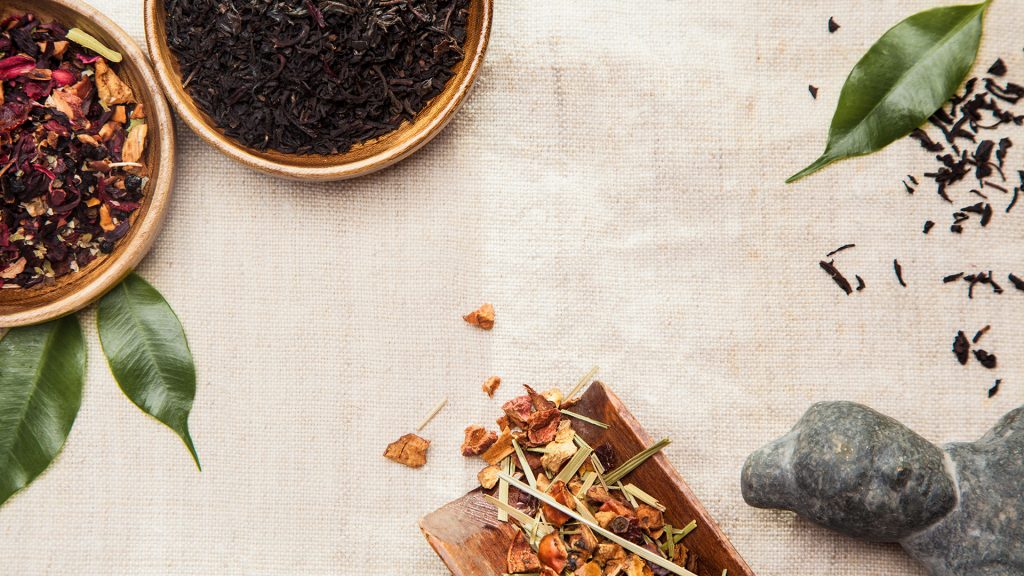 For our recipes, we love to be inspired by nutritional philosophies from all around the world. Our particularly soothing and warm TCM breakfast is based on the 5-Elements teaching, a pillar of Traditional Chinese Medicine (TCM).

Based on the 5-element theory, we have created three finely balanced porridge varieties that make breakfast in harmony with TCM very easy. But what exactly does TCM nutrition mean? We have summarized the basics for you in this article.

“TCM” stands for “Traditional Chinese Medicine” – a science which is thousands of years old and as the name suggests has its origin in China. However, especially in recent years, it has become more and more important as an alternative healing method and as a supplement to Western medicine in Europe.

According to this traditional medicine, the harmony between the Yin (matter) and Yang (energy) is decisive for the human health and well-being. If the harmony is disturbed, the life energy – the Qi – cannot flow properly. According to TCM teachings too much or too little Yin or Yang can lead to disturbances of our well-being, weakens the function of the organs or causes diseases.

Traditional Chinese medicine is based on the following 5 pillars:

You might already know the term “yin and yang”. The symbol for it is widely known and somewhere one has probably heard that the Yin stands for the feminine and Yang for the masculine energy.

This actually already explains the concept quite well, because the Yin and Yang stand for opposites, whereas one part always contains a little bit of the other part, as the symbol also shows. In order to maintain the Qi balance, so that our body and mind stay healthy, neither the Yin nor Yang should predominate.

When you deal with TCM, you simply cannot avoid to trip over the word “Qi”, because the Qi is the centre of this science. In the western part of the world the term “Qi” is usually translated as “energy”. However, this term is inadequate as there is much more behind it. A clear, short translation into German or other languages that exactly describes the Qi in all its dimension has not been found yet – and this will probably not change.

The literal translation of the Chinese term “Qi” consisting of two characters is “rice” and “haze” or “steam”. This should illustrate that Qi is immaterial (like steam) on the one hand but on the other hand can also be as condensed and material as rice. In TCM the Qi is thus understood as the basis of all material and spiritual life. For a healthy body and mind it is a prerequisite that our Qi is in balance.

In addition, the Qi is also integrated into a cycle: The 5-elements teaching is also called “philosophy of the nourishing cycle”, because it is based on the alternating interaction of the 5 elements wood, fire, earth, metal and water. Each element possesses certain characteristics like seasons, organs, tastes, colours, emotions, climatic factors etc.

The five elements form a cycle in which they nourish, follow and condition each other. Wood becomes fire, fire becomes ash. Ash feeds the earth, metal arises from earth, metal enriches the water.

This is how nutrition according to TCM works

The TCM diet or 5-element diet plays an important role in the Traditional Chinese Medicine as it is responsible for keeping the Yin and Yang in balance or restoring the balance between them. The 5-elements nutrition is a holistic approach, which wants to unite the well-being of the body with the well-being of the soul.

This diet is becoming more and more popular because it considers the human being as a whole, i.e. body and mind. It also makes you know your body inside out and when you notice imbalances, you can support it in such a way that you will soon feel great again. The aim is to ensure physical health and at the same time to strengthen the mental balance through having high-quality, regional and primarily organically cultivated food.

The Principle of the Five Elements in TCM Nutrition

TCM nutrition works according to the principle of 5-element teaching. The elements earth, metal, water, wood and fire stand for the five different flavours, are assigned to certain organs and influence our body in a certain way. The taste of food determines how it works:

The most important basic rules of TCM nutrition

When should I eat? – The internal organ clock

You probably know the saying: “Eat like an emperor in the morning, like a king at noon and like a beggar in the evening”. The same rule applies in the 5-element diet. The focus of the 5-element diet is on the breakfast and the first half of the day. Why? According to TCM theory, every human being has an internal organ clock. This means that certain organs function better than others at certain times of the day.

The digestive organs, i.e. large intestine, stomach, pancreas, small intestine and spleen work best in the morning and at noon. This means that you can digest your food best at this time of day. By the way, you should not have your first meal until you are really hungry. So, you don’t have to force yourself to have breakfast at seven in the morning if your body still resists.

Breakfast should therefore be rich in carbohydrates with which you can fill your energy stores for the day. At lunchtime, you should have more easily digestible mixed food and in the evening a soup is the perfect choice. As a basic rule of Traditional Chinese Medicine, you can remember that everything that is easily digestible for your body is healthy. For example, foods with a high fat and sugar content are difficult to digest, but also raw foods can be a challenge for your body.

Start the day well - warmed up with Verival Porridge

What am I supposed to eat?

In addition to being divided into different flavours, all foods are also categorized according to their temperature: hot, warm, neutral, refreshing or cool. For example, cinnamon or all hot spices have a heating effect, while oats warm the body, rice has a neutral effect, spelt is refreshing and salt or green tea release cool energy.

According to the TCM theory the consumption of too many cooling foods has a bad effect on your digestion. It leads to diarrhea, constipation, bloating or flatulence. In contrast, too many hot foods have a dehydrating effect, which can be a problem for people with skin diseases for example.

Is the TCM diet healthy at all?

In order to align your diet with the principles of the Traditional Chinese Medicine, you need to know your body very well in order to perceive what it needs. The goal of TCM nutrition is a healthy diet that strengthens the body’s immune system, maintains vitality and at the same time promotes inner peace.

According to the Traditional Chinese Medicine it is also essential that you have high-quality foods, ideally from organic cultivation, without chemical ingredients. After all, conscious eating starts with conscious shopping. In addition, you have to concentrate completely on your body and its needs.

In order to prepare an ideal meal according to TCM or the 5-element kitchen, both taste and “temperature” should be taken into account when selecting the ingredients. This can sometimes be quite difficult, at least until you get a little practice.

Have a healthier breakfast - Verival

With the one and only most important meal of the day, we can make it very easy for you to eat according to the principles of the 5-element kitchen, because all of our 5-element porridges are already a perfect combination. Depending on what your body needs right now, you can choose between the sour cherry-cocoa oat porridge with a warming effect, the coconut-orange rice porridge with a harmonizing effect and the apricot strawberry spelt porridge with slightly cooling effect.

No matter what effect the porridge has, a warm breakfast is simply better for you because it is good for your digestion, keeps you satiated, strengthens the immune system and the nutrients that are contained can be better absorbed. Try it out for a while and see how you feel about it.

Our harmonising rice porridge is just the thing for anyone who takes a while... 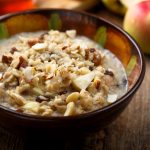 Bircher Muesli - a classic celebrates its revival
Next post 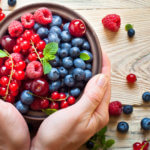 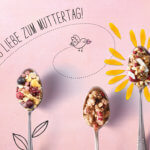 Ideas for a fast and healthy breakfast

Local berries: Where do these tasty little fruits actually come from?